There is much more than meets the eye with Alexandra Village! Pop down to our festival village to experience the stories of hawkers, repairmen and more firsthand! Fall in love over and over again with the many facets of Alexandra Village!

Bounded by Alexandra Road and Jalan Bukit Merah, Alexandra Village is named after Queen Alexandra, consort to King Edward VII of the United Kingdom and is known today to many Singaporeans for its hawker fare and as Singapore’s largest motor repair village.

Much of the land in Alexandra and Bukit Merah was used to plant gambier and pepper in the early 19th century. Most of these plantations were owned by a single wealthy businessman, Seah Eu Chin. As these commodities became less profitable, Seah began to sell off his land holdings. This created a real estate opportunity for individuals who wanted to establish kampung settlements away from the increasingly crowded Singapore Town and East Coast. One such settlement was Kampung Alexandra, also known as “双口鼎” (Shuāng Kǒu Dǐng) where the character “鼎” (Dǐng ) paid homage to the cauldrons used during gambier production.

With the population growth in the 1930s, industrial buildings, brickwork factories and mills (Malay Breweries, Alexandra Brickworks, Archipelago Brewery Company) joined the hustle and bustle of Alexandra. To meet the needs of the rapidly expanding industrial and residential area, the largest fire station in Singapore at the time, Alexandra Fire Station, was also constructed. By the 1950s, Kampung Alexandra was home to a thriving community that primarily consisted of Malay servicemen (Malay Regiment soldiers and Singapore Fire Brigade firefighters) due to its proximity to the military barracks (Alexandra and Gillman Barracks).

Post-war, various areas in Alexandra were zoned for industrial use. In the 1970s, Kampung Alexandra was slated to be redeveloped into Singapore’s first motor repair “”village”” – Alexandra Village. The redeveloped village was envisioned as an integrated neighbourhood to work and live in, including workshops, shophouses, three- and four-room flats, and a food centre for residents and workers.

The Alexandra Village of today embodies a segment of Singapore’s industrial history and is an ideal destination for anyone looking to experience Singapore’s rich heritage. Apart from its reputation as Singapore’s largest motor repair village, it is also a one-stop furnishing detination and a haven for foodies! 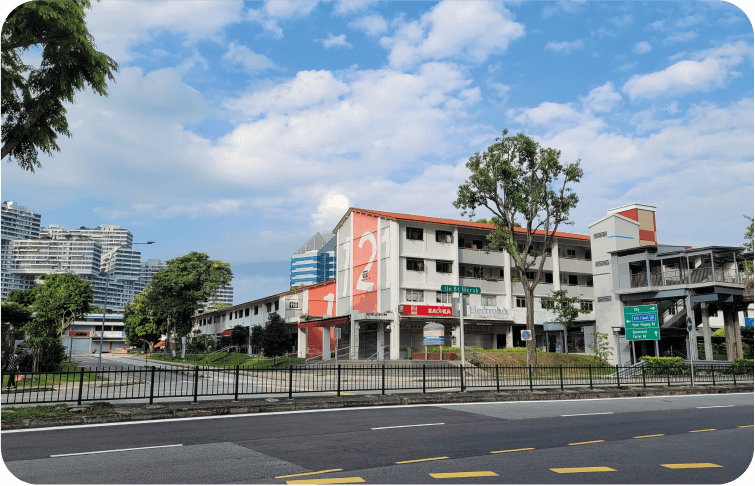 For those interested in Singapore’s industrial heritage, the Motor Repair Village Trail is a must-go. The trail will firstly take you through the back alleys of Alexandra Village to get to know some of the most iconic motor repair brand names, including Ah Koon Motor, Yew Lee Battery, Wai Leong Car Care Centre and Tong Hin & Co. Along the way, there will be many fun facts of Singapore’s motor industry history and information on how these businesses have overcome their challenges over the years. Plenty of photo opportunities and interesting facts await at the Motor Repair Village Trail!
Click on the map icons to explore Alexandra Village!

In the heart of Alexandra Village, a group of dedicated craftsmen are keeping their disappearing traditional trades and crafts alive! Meet these master artisans and learn about their fascinating trades on our Crafts & Old Trades Trail! From Mega Frameworks to Rahman Glass & Frame Makers, hear their personal stories of perserverence, change and continuity within the hypermodern Singapore. Come on down to this trail and show your support for these gatekeepers of our intangible cultural heritage!
Click on the map icons to explore Alexandra Village!

Feeling a little hungry exploring Alexandra Village? Follow your nose onto the Food Trail – this trail features some of the best food stalls in the area, including Poh Cheu and Keng Eng Kee. If you’re in the mood for something savoury, be sure to check out Leon Kee Bak Kut Teh or Tiong Bahru Lien Fa Shi Jing Pau but do save some room for dessert at Love Confectionery! The Food Trail brings together some of the best food that Alexandra Village and Singapore have to offer. Come on down today!
Click on the map icons to explore Alexandra Village!